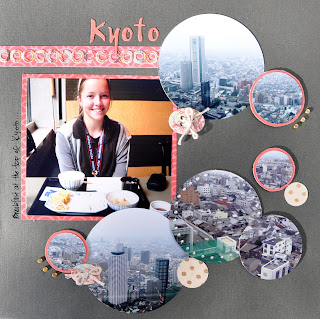 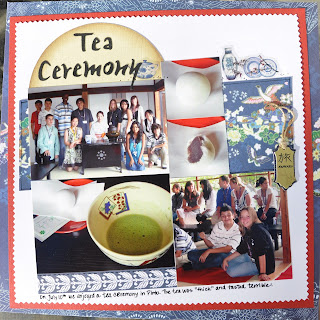 The first layout was from the town of Kyoto. That was one of the groups first stops. The next layout was of a tea ceremony. Lauren said the tea was thick and "not good." 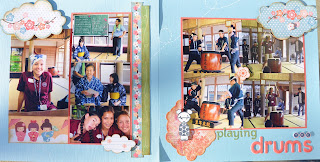 Another layout was of a drum demonstartion that was made to the group by the local students. The students played instruments and played large drums. Each member of the group was given a chance to try and play them. Lauren really liked Japan. She said the whole country was so clean, and the people were so nice and very trusting!
Posted by simply susan at 8:58 PM