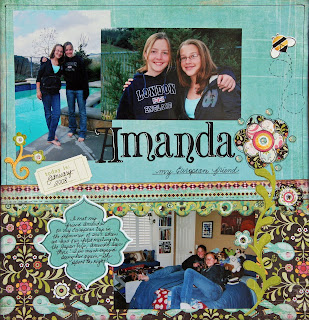 So much is happening right now. I went to the Computer Electronic Show (I'll post pics) to look for a new computer. The show was in Las Vegas, and it was so nice to get away for a few days. I have been busy designing and cutting out the Kit of the Month for February for the Scrappin' Good Times. I'll post a pic next week. I really like how the layout came out :). I have been busy trying to scrap some Christmas pages while I still like to "look" at the Christmas paper. It seems like once Christmas is over it is over and I don't want to see green and red for awhile. I made this layout called "Amanda" using the Basic Grey line called Urban Prairie. Such a fun line to use. I think I like it so much because it is very spring-y. The colors are pink, yellow, teal, white, black and full of butterflies and bees! Amanda is my daughter's friend from her European trip in 2007. They still keep in touch and enjoy each other's company - all from the three weeks scootin' about the five countries they visited in Europe that summer. 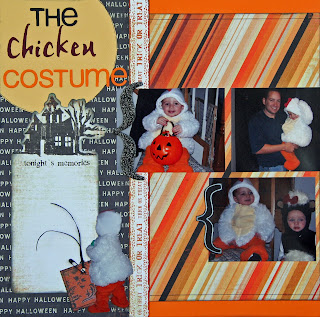 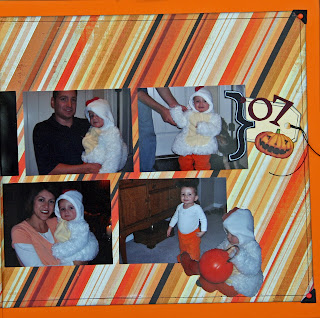 At Scrappin' Good Times, we were asked to create layouts for Trish's cousin, Crystal, who was recently diagnosed with cervical cancer. Trish wants to put albums together for Crystal's children you can help to by donating a layout, just visit the stores blog for details. I made a Valentine layout that I posted on the stores blog and this one titled "The Chicken Costume" and 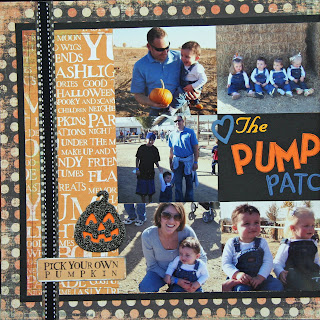 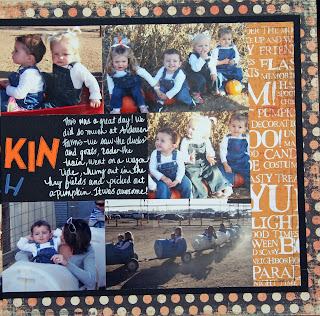 this one titled "The Pumpkin Patch." I tried to use as many photographs as possible without the layout becoming too jumbled. Plus, we were handed a pack of photo's and had no idea the "goings on" behind the pics. I had to determine the events in the pictures and journaled on this page, but on the other layout I left the journaling box blank for Crystal to fill in on her own.
I have completed 15 layouts so far this year... Once I get my new computer I'll post more. My computer now is so slow and the pics don't reproduce as nice as I would want them to. Especially after visiting other blogs and the pictures of their layouts look so professional.
Posted by simply susan at 9:10 PM