Spring Break Along the Coast 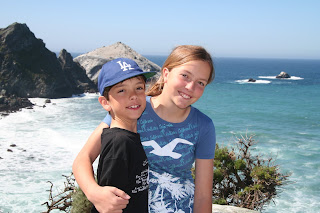 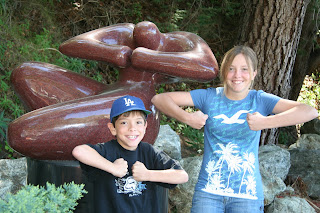 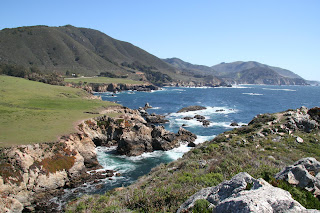 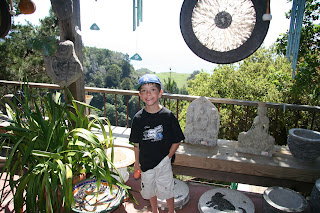 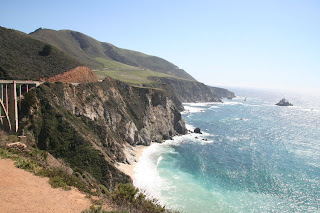 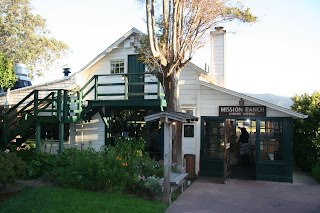 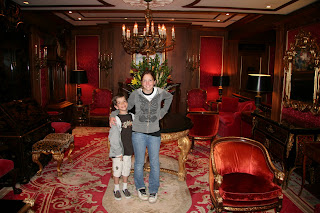 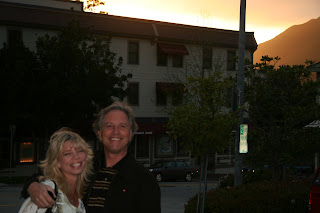 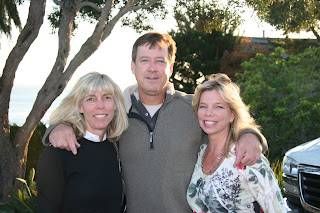 For our week off during "spring break" we decided to take the kids up Highway One. We showed them how beautiful the California coast is. Last summer we took them to Hawaii and we wanted them to see that our coastline is just a beautiful, if not more so! We stopped along the way at Nepenth and had lunch. We stopped at a really cool art gallery that all kinds of unique statues out front. The kids took a pic with the "strong arm" statue.
We stayed at the Highlands Inn on Highway One in Carmel. That was nice. The rooms had fireplaces and a view that was breathtaking. For breakfast we went to Em Li's for their famous French toast. It is deep fried and some of the batter is fried and then put on top with sliced almonds. They have a special Maple Cream Syrup that is to die for! We walked around Carmel to work off our meal. Went into the Pine Inn (the photo in red). Very ornate. We drove around and looked at all the cute houses up there. David showed us which ones he had owned in the seventies when he lived in Carmel and fixed up homes and turn around and sold them for a profit. Fun to see. Some were no longer there. A new and "improved" home was sitting in it's place. We ate at the Mission Ranch Inn, a restaurant owned by Clint Eastwood. Very good. They had a great quesadilla appetizer. Plus my main course (the fish special) was so fresh. We had our dinner on the outside patio and watched the sun set. Very romantic.
The next day we took the kids to the Monterey Bay Aquarium. Another fun day seeing all the fish. No great photos though as it never even occurred to us to charge the digital cameras the night before... That night we had dinner at Roy's Kahana Bar in the Spanish Bay Inn. So we drove the infamous Seventeen Mile Drive and look out onto Pebble Beach. The hotel was hosting a Chef Challenge sponsored by Lexus. Todd English was going to be there and Michel Richard. Two awesome chef's. I bet that was an awesome event!
We headed back down to Pismo Beach (actually Shell Beach) and spent the rest of the time with friends, shopping in downtown San Luis Obispo. Sad that another cute store closed. I loved Porch, Home and Garden. That store closed last year. Not the Country Cottage was no longer there. Sad. Beverly's Fabrics is still there. They have the best sales. All the scrapbooking merchandise was 30% off. And they have so many lines... great stuff. We ate great baked items from Avila Farms (yep they opened early this year, they had a great strudel loaf, cherry cobbler, cinnamon rolls, fresh fruit, a new jam called Apple Pie Spread). We had dinner at my favorite restaurant Cafe Roma. I think we gained ten pounds! The picture of David and I is out of focus, but the sunset was so pretty that night. The building behind us was the old Hotel from the 1800's in San Luis Obispo. We are at the train stop. In the old days travelers would get off the train and stay at the hotel. Or stay at the hotel to wait for the train. It is interesting to see how it used to be. Anyway Cafe Roma is right next to this hotel across the parking lot. It is has been owned and operated by the same family for thirty years. Now we are back home... enjoy the photo's!
Posted by simply susan at 11:37 PM

Wow I know who to ask next time we hit the coast...you know every place!!! We were just up there twice within the last 2 months and I think we need to go back this month!! Great pictures!! Loved all the details in your journaling! ps... loved the kit of the month too!!!

Looks like a fun time! I love driving the coast. I have often gone to my bro's in Northern Nevada and instead of driving straight home (about 7-8 hrs), I drive across CA to take the coast home. It is a super long drive, but it takes me across the Sierra Nevada mountains and to some of the most beautiful coastal sights I know. I especially like it near San Simeon/Cambria. Thanks for reminding me of how pretty it is!